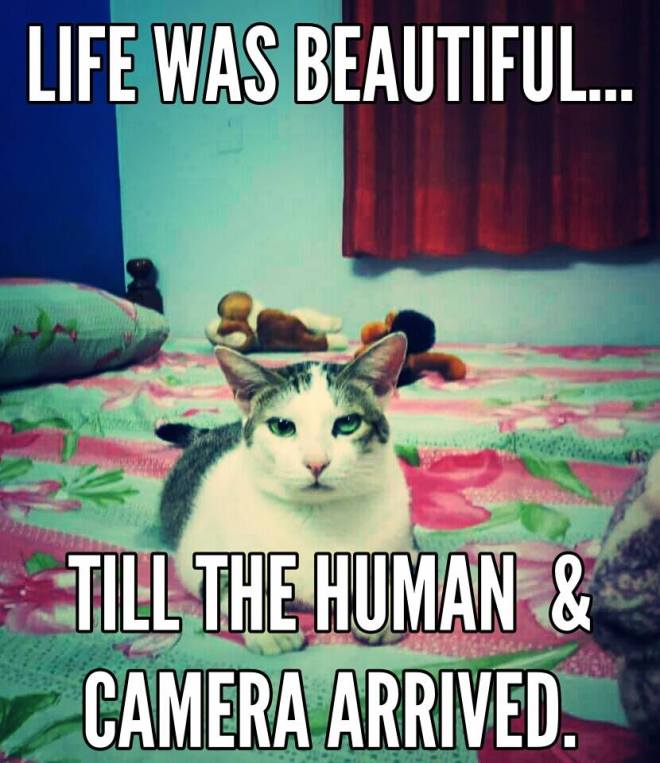 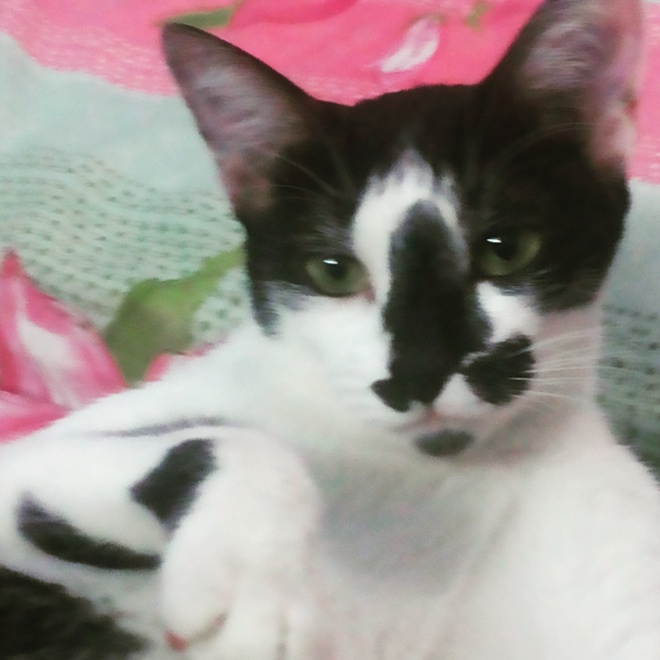 In response to The Daily Post’s writing prompt: “Intricate.” 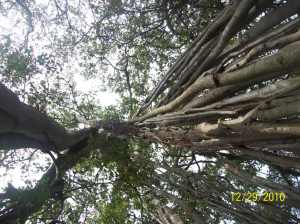 Having become a zealous convert to the feline of the species a few years ago, I’ve noted the most annoying habits of cats:
1. Mew head off for human to come to them & when human does, haughtily walk away in opposite direction
2. Come forward only for food. Walk backwards when human tries to get all friendly!
3. Like the eel, slip out of humans grasp as they attempt to catch them
4. Mew head off when disillusioned human goes away… 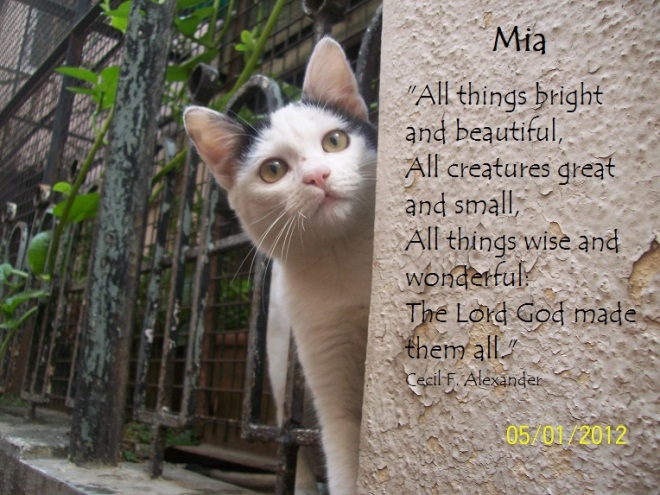 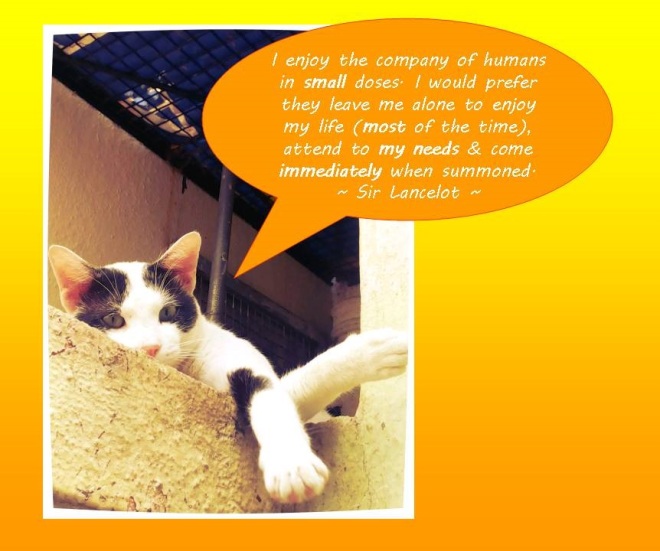 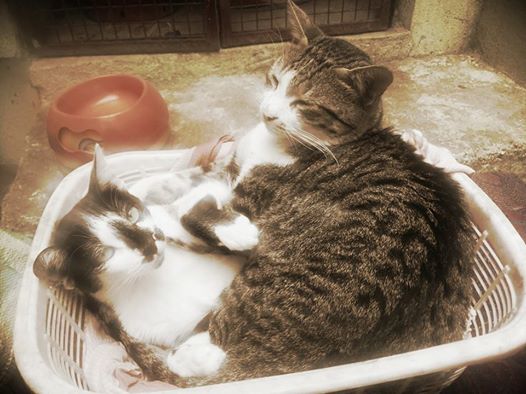 Came across this interesting scene at a traffic signal… 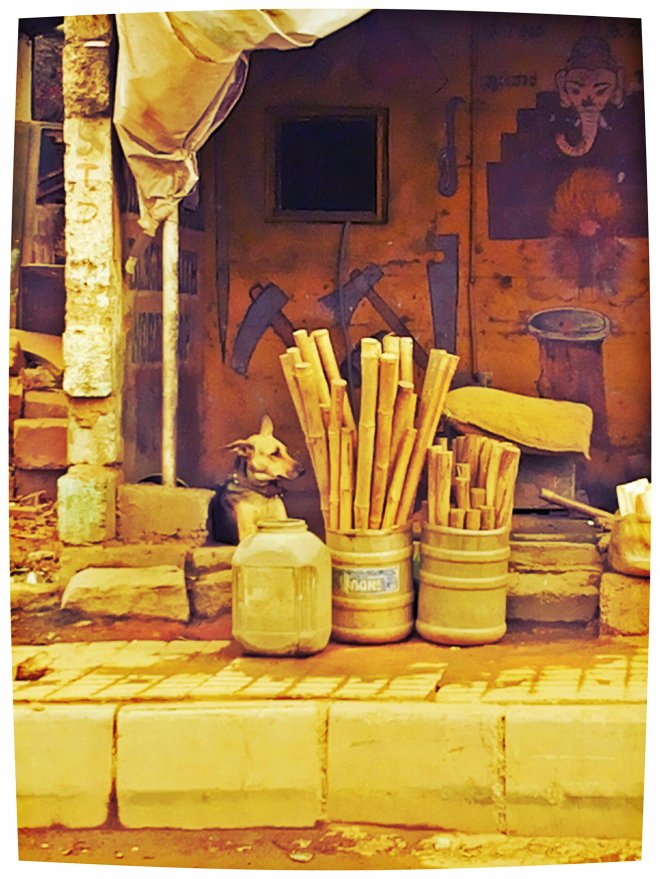 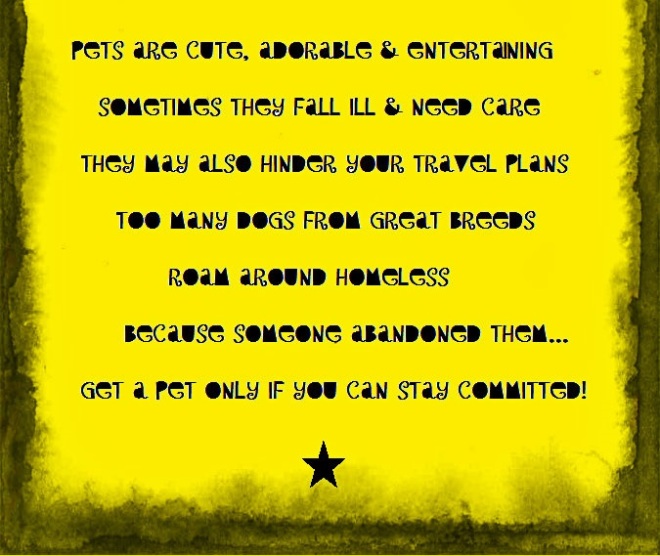 Our two male Cats (1.5 years+), though brothers, have been engaging in some nasty fights that come with the full package of blood curdling screams, clawing & biting each other.

They both have plenty of scars to tell their tales. Territorial fellas, they each work extra hard to keep the other out of their paths.

So with this problem at hand we started looking at the best way to resolve it. Keeping one in the cage by day shift & another in the night shift was no solution – it was also too much of a hassle to constantly change & monitor them.

The one answer which was given to us by relatives, friends, pet store owner & the Vet was – neuter them! Guaranteed to make them docile darlings they all echoed.

So we decided we would go ahead & get them neutered.

The Vet said it would take 5-6 months for the change to take effect.

The pet store owner said it would be an instant change.

We had to wait & see what it would be.

We happily imagined the two docile cats would now be able to at least tolerate each other even if not be the best of friends.

The surgery happened & after their post operative care of about 1 week, they were released into each others company.

Now for the ‘transformation’. The opposite was true –

1. Neutering them has not *yet* changed their temperament – their fights are worse than pre-neutering

2. One has become a nervous wreck after being neutered & is either cowering in fear or hissing/ attacking the other. He even occasionally jumps at us without provocation – behavior that was never evident pre-neutering

Now we are thinking of giving them chamomile tea to calm down & help adjust their moods.

The only positive is that the strong tom cat smell that was almost impossible to eradicate, has since disappeared. And that is huge consolation.

Take time to smell the branches – 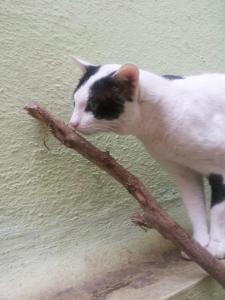 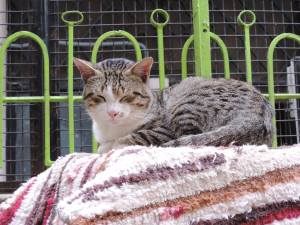